The re-release of His Absolute Assignment and His Absolute Betrayal is here! There were complications before, but everything has smoothed out now, and things appear to be going well.

The re-release includes updated covers, bonus scenes, and slightly different book descriptions! (I just added one line, but I like it and I think it makes the concept of the books pop a little more, you know?)

As a quick note, the bonus scenes are also available in the Freebies section of my website (you can get the password by signing up for my newsletter ❤ )

They’re both also available to borrow for free by Kindle Unlimited subscribers!

You can get them at:

If you’ve already read them, plus the bonus scenes, I’d really love if you would consider leaving a review, too. It helps a lot, and I appreciate it so much.

I am his absolute obsession…

Six months ago I was trapped in a library with a man who wanted to possess me. For three days, a record-breaking blizzard kept me confined with Lucent Storme, the dominating and enigmatic Director of Public Relations for Landseer Enterprises. Rumors existed of his forbidden desires and darker passions, but I didn’t believe them. I should have. For one weekend, I became Lucent’s sole obsession.

When the snow began to melt, he tried to leave me. He thought he could save me from himself, from his control. I didn’t let him. I was already his.

Six months ago my entire life changed. I never meant to fall in love–especially not with Lucent–but his allure transcended common sense and tapped into a dark, primal need inside me that I didn’t know existed. The snow melted, our lives quieted, and everything seemed to be going perfectly.

I thought I knew Lucent, but I realize now I never really did. A mysterious calm exists even within the eye of the darkest storms. I love Lucent. I am his and he is mine. I want to believe he is a good man. After seeing another side of him, after being the object of his absolute obsession, I fear I might have fallen in love with a monster. 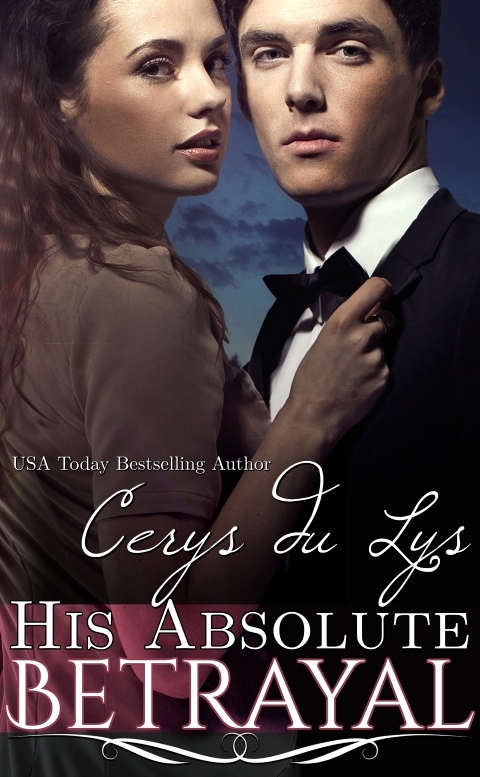 I may have fallen in love with a monster…

I thought I knew Lucent, but now I realize I never really did. He’s kept so many secrets from me. I fear I might have fallen in love with a monster. Worse yet, I’m afraid I’m becoming one, too…

He likes control; a lot of it. He enjoys seeing me kneeling on the rug in front of him while he paces back and forth, planning exactly what he’ll do with me. He likes caressing my cheek with soft fingers before squeezing my jaw tight and forcing me look him in the eyes. His seductive smirk when he calls me Miss Tanner while tying me to the bed, reciting everything he’s going to do to me in intricate detail, and telling me why he’s going to do it, sends shivers through my body.

Or so I thought.

Lucent’s dark past contains secrets darker than I ever could have imagined. Unwittingly, I’ve been lured into his world of sordid conspiracy and corporate scandal. We’re running from the law for a crime we didn’t commit, but saving ourselves isn’t as simple as just telling the truth. I don’t know what the truth is anymore.

Beneath Lucent’s fractured facade, I still feel his absolute attraction towards me. I still want to love him, and I want him to love me, too. I hope I’m making the right choice.

I hope everyone enjoys them! Have you read the bonus scenes yet? What did you think?

(Also, Book 3, His Absolute Proposal, will be coming soon! Keep an eye out for that ❤ )

His Absolute Obsession: The Billionaire’s Paradigm (Audio Books Like Fifty Shades of Grey)

Want to get this audiobook for free?
Sign up for a 30-day free trial offer on Audible
(includes one free audiobook)
then go here to get your free copy of His Absolute Obsession

I thought it’d be fun to create a YouTube sample of His Absolute Obsession: The Billionaire’s Paradigm!

(This is the scene when Elise first meets Lucent, before that fateful weekend they spend together trapped in the library during a record-breaking blizzard)

Trapped in a library during a blizzard, Elise finds herself stuck with the untoward magnate, Lucent Storme, who’s rumored to have more than a few forbidden desires…

What do you think? I love the narration and I think Irma Kent did a wonderful job at it. Just a little sneak peek there, but I really enjoy that scene, and it’s the start of so much more, too. Elise and Lucent are some of my favorite characters.

The rest of the audiobook is fairly long, but it’s only the beginning, too. His Absolute Obsession is over 2 hours of steamy romance, commanding intrigue, and dominant mystery. There are more audiobooks in the series, too. Can’t wait for the Fifty Shades movie to come out and want something to tide you over in the mean time? For less than the price of a movie ticket (and for more than 2 hours of romantic enjoyment) you can get His Absolute Obsession right now.

The e-book version is available on Amazon, as well.