I finished this story earlier in the week, but I wanted to wait a bit before releasing it. I prefer to put stuff up on Thursdays and Fridays(though sometimes I do other days). I don’t really have a reason for this, it’s just some goofy superstition thing =P

Anyways! It’s done. I love this story, and I think it’s really exciting. I enjoy fairytale stuff a lot.

Used by the Beast is the fourth in my loosely based erotic re-imagining of the classic Beauty and the Beast. I kind of take a lot of liberties with my fairytale stuff and prefer to make it my own instead of just the same general story with some sexy scenes, so it’s mostly entirely different. I did use the general concept of a man cursed to look like a beast, the magical rose, and a poor merchant with three daughters. I liked the idea of servants in the Beast’s mansion having their souls trapped in everyday objects, too. I think that’s a fun idea.

I’m actually going to be finishing this series up with the fifth one(I believe, unless something super strange happens). After that, when I get a chance, it’ll be made into a print book, too. I’ll -probably- release an eBook bundle version, also(with all 5), for $9.99, but I need to figure some stuff out first. This is me rambling, so I’ll stop that now. Sorry!

I find fairytales really interesting, though. It’s one of those things where they used to be much darker(go read the original Grimm’s Fairy Tales! Those things are brutal), and then they were toned down for a younger audience sometime between now and then. But, why? Why not switch them up a bit and bring back some of that more primal nature to them? That’s the kind of mindset I go into these with. It’s not -too- far into it, because I didn’t want to make it super vicious or anything, but the general tone of this story is an erotic horror type of thing. There’s obsession and stalking, exploitation, humiliation, voyeurism, rebellion and rivalry, and dark magicks. I really liked the ending, and I hope you will, too. The last one(tentatively titled Bound by the Beast) is going to go a little further with this, make it a bit scarier(but still sexy!).

I’m a bit tired at the moment, so forgive my meandering! Here’s the cover of Used by the Beast. Links for where you can buy it will be up as soon as I have them(which should mostly be tonight, except for Apple and maybe ARe). Enjoy! 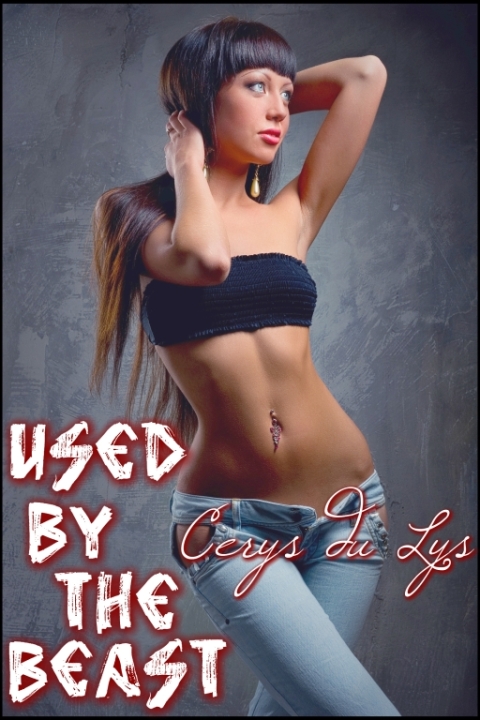